Microarray technology for sample screening is a high-throughput method of research that can be used for many applications. Utilizing hundreds of thousands of probes, a microarray can analyze many samples in parallel and generate millions of data points. Microarrays are designed to either detect DNA or RNA through the principles of nucleic acid hybridization. 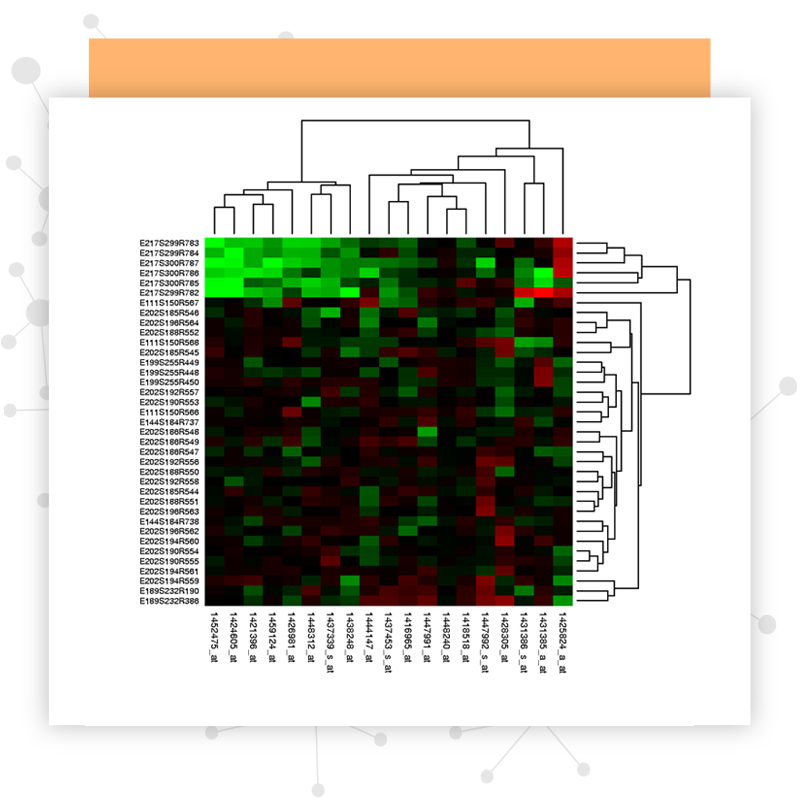 In recent years, the importance of small non-coding RNAs including microRNA, scaRNA, and snoRNA has risen significantly in the study of epigenetics and expression. The Affymetrix GeneChip® miRNA arrays feature 100% miRBase coverage, and uniquely are capable of independently analyzing pre-miRNA and mature miRNA at the same time.

The CytoScan® High-Density (HD) Array is currently Affymetrix’s highest performance product, with consistent whole-genome coverage (probes at every 250-400 kb interval). Designed for cytogenetic analysis, the CytoScan® HD is an unparalleled platform for applications such as Loss of Heterozygosity (LOH) and Copy Number Variations.

Affymetrix GeneChip®
Human U133 Plus 2.0 Array

Affymetrix’s GeneChip® Human Exon 1.0 ST Array is designed to provide “exon-level” analysis of genes on a whole-genome scale, to provide a whole-transcript summary of gene expression. Multiple probes on every exon allows the platform to detect alternative splicing and transcript variants, so it is an ideal complement to epigenetics studies.

Ready To Get Started On Your Project?

Get In Touch Request A Quote